The Strange and Twisted Love of Movie Spoilers 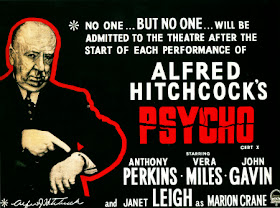 While browsing the Internet one day, I came across a heated debate about movie spoilers.  Surprisingly, many of the debaters were strong supporters of spoilers and took the position that cinephiles were entitled to spoiler information.  They protested the efforts of producer J.J. Abrams to keep plot details of Star Trek Into Darkness (2013) under wraps.  They saw it as unjust for Abrams to prevent spoilers from being leaked to the public.  It was as if they wanted Congress to draft a constitutional amendment on the issue.  As hard as I tried, I didn't understand their logic.  These film fans demanded to know the complete storyline of a film from beginning to end.  One commenter said that he found that he was able to enjoy the nuances of a film more on second viewing because he was not burdened by the need to sort through various bits of plot information.  The fact that he understood the plot meant that he could better focus on the characters, the performances, the environments, and the effects.  Why, he thought, shouldn't he have that same experience the first time that he saw a film?  This was one of many times that I wished that discussion board profiles provided the age of the user.  Usually when I read strange comments on the Internet, I assume that the author is much younger than me and our differences of opinion represents that deep divide commonly known as the generation gap.

I assure you that this group of spoiler supporters is not alone in their thinking.  The same points have been put forth in other forums.  One person stated that spoilers allow a person to "rest easy and enjoy the whole experience rather than worry about the end."  Another person wrote, "[W]ith Harry Potter, I would always read the end before I read the rest of the book, no matter how much I tried to resist.  For me, I feel like it made me enjoy the book more, not less.  Having the big questions answered at the outset made it easier for me to appreciate the little things along the way."  One person made the point that modern audiences are so familiar with storytelling techniques that it is impossible to create surprises.

Those who advocate spoilers say that spoilers enhance our love of films and make our lives better.  One person wrote in a forum, "I think it is because learning about the movies or books ahead of time is fun in and of itself.  So in effect, it is a kind of prolonging the pleasure of a film. . . If I read the rumors and the spoilers I get the months of pleasure learning about it as info trickles out before I get to see the film."  The idea that spoilers are fun is something that I hear often.  Charlie Jane Anders, a critic on the io9 website, wrote, "[O]ften the speculation about what's coming is more entertaining than the reality turns out to be."  Of course, there is also the  illicit pleasure of a spoiler.  A person browsing the Internet can feel empowered coming across a spoiler.  They now possess forbidden information about a film that most other people don't have.  Still, as alleged by the pro-spoilers faction, the most powerful benefit of sharing spoilers is that it helps to build a community around movies and television shows.  But doesn't it impart too much importance to the latest film to build a community around it?

An unbelievable twist to this phenomena is that fan reaction to spoilers has actually caused filmmakers to reshoot scenes, which is what happened in the case of Termination Salvation (2009).  Anders made the point that the Internet has made entertainment "much more interactive and audience-driven."  Those who believe that film fans should be allowed to participate in the filmmaking process are bound to see filmmakers who closely guard plot points as fascists who need to be dragged out of their castles and hung by their ankles in the town square.

No matter what spoilers supporters say, the demand for spoiler information is impossible for me to accept.  In my mind, these people are horribly impatient.  They are restless children crying out, "I want to know what's going to happen next!"  No thought.  No surprises.  They just want to sit back and mindlessly immerse themselves in the action.   It reminds me when my son was four and I took him to see a James Bond movie.  The film included shoot outs and car chases.  Every few minutes, my son tugged on my sleeve and asked, "Daddy, daddy, are the bad guys going to kill James Bond?"  I kept telling him that I didn't know and we were going have to watch to find out.  That answer never seemed to satisfy him.

Spoilers are everywhere nowadays.  The advertising campaigns for films have become reckless in the way that they deliver spoilers.  Should we learn in the trailer for The Devil's Advocate (1997) that Al Pacino's character is the actual devil?  I laughed when I read this man's complaint of the trailer for Castaway (2000): "It showed him saying goodbye to Helen Hunt, scared in the plane during the storm, first shipwrecked on the island, talking to Wilson, spearing a fish, making fire, on the plane on the way back asking who was in the coffin, and reuniting with Helen Hunt.  Literally every major plot point was covered."  Yes, he's right, that's too much information.  I found it appalling that the poster for Quarantine (2008) gave away the ending of the film.  I was astonished recently when a critic described in detail the ending of Blue Jasmine (2013).  No one cares anymore.  Last week, Jon Stewart offhandedly gave away a funny plot twist of Inside Llewyn Davis (2013) during an interview with the film's star, Oscar Isaac. 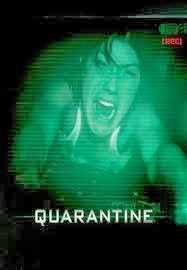 The trailer for Her (2013) was pieced together from footage from the film's opening act, which introduced the main characters and set up the premise.  The many twists and turns that happen in the second and third acts are entirely concealed in this and other promotional material.  This made the film a rich experience for me as I watched the story unfold and never had the slightest idea what was going to happen next.  The film was scary at times because I was on a deeply emotional journey and I didn't know where it was going to take me.

If the Internet had been around throughout the last century, the endings of many classic films would have been spoiled.  A moviegoer would have bought his ticket to Citizen Kane (1941) knowing full well that Charles Foster Kane's dying word "Rosebud" had to do with his beloved childhood sled.  Before Psycho (1960) reached theatres, it would have been well known that Norman Bates was Mother.  Reimagining the past in that unpleasant way makes me shudder.

In today's upside down world, storytelling has been turned on its head.  The relentless assault of media has rewired the brains of consumers, who haphazardly suck in as much data as they can in the hope that something will produce a visceral twinge.  I see that many people today regard linear storytelling as a boring artifact of yesteryear.  They want flashbacks and flash-forwards.  They want films that tell stories sideways and backwards.  Writers have replaced the old Smith Corona with a Cuisinart.  Plot details are jumbled together and funneled into the appropriate hemisphere of viewers' brains.  It is, indeed, a new world.